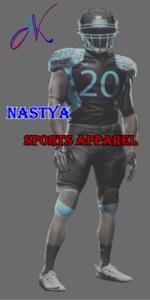 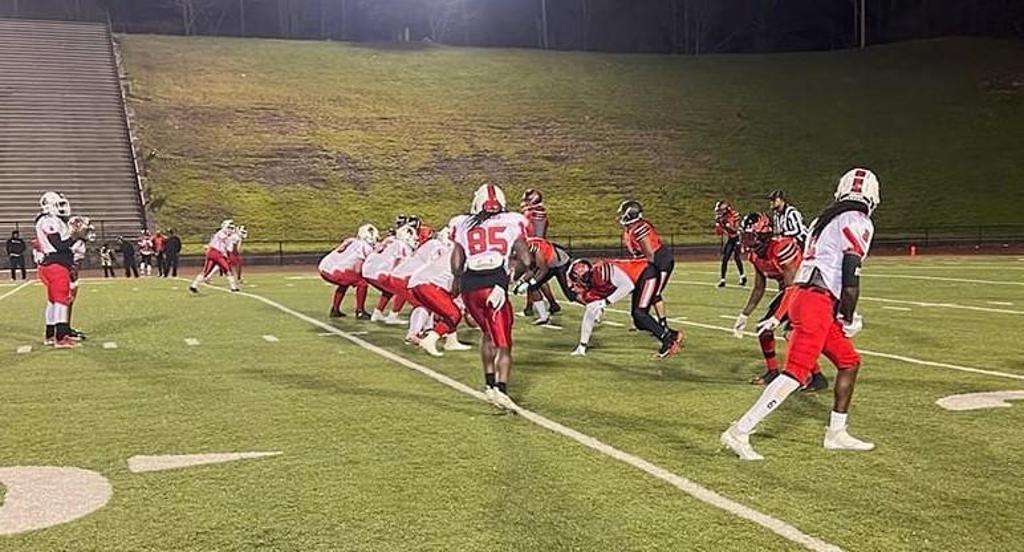 Sabers vs Storm, Rampage vs Cardinals in Co-Game of the Week

Columbus, GA – It’s fan appreciation across the APDFL and we would like to say thank you to all of our supporters across the league. Let’s take a look at this weekends match-ups.

(11) Alabama Blackhawks (2-2) @ (2) Georgia Thrashers (4-0),
Duluth, GA
6:30pm est.
Thrashers have been on the move thus far this season and are looking to continue that move this weekend. The Blackhawks have been up and down early in the season as they continue to find their identity. If they are to travel as a complete squad and play up to their capabilities, they could pull off the upset with the Thrashers missing some key components. It won’t be an easy task.
Georgia Thrashers – 26
Alabama Blackhawks – 16

(20) Steel City Raptors (1-2) @ (8) Tuskegee Ayrmen (3-1),
Tuskegee, AL
7:00pm cst.
Raptors are coming off of their first victory of the season and will be looking to feed off of that momentum. After a bump in the road, the Ayrmen were able to regroup and get back on the winning side. Playing at home this weekend should provide them with an added benefit.
Tuskegee Ayrmen – 17
Steel City Raptors – 8

(25) Pensacola Panthers (0-2) @ (26) East Alabama Predators (1-3),
Opelika, AL
7:00pm cst.
Both teams are coming off of deflating loses a week ago. Panthers continue to seek their first win of the season however, playing on the road won’t be an easy task for a struggling organization. Playing at home this weekend should provide the Predators with the added advantage they need.
East Alabama Predators – 24
Pensacola Panthers – 6

(19) Arkansas Punishers (0-3) @ (15) Nashville Elite (1-2),
Nashville, TN
7:00pm est.
Punishers come into this weekends contest looking to obtain their first victory of the season. Making the trip to Nashville won’t prove to be an easy task. The Elite shot out of the gate this season with a season opening up victory however, have yet to get their second win. If they play their game they should be able to accomplish that this weekend.
Nashville Elite – 21
Arkansas Punishers – 16

(13) Mobile Miners (2-1) @ (24) Arkansas Sharks (0-2),
Little Rock, AR
5:00pm est.
Sharks are struggling! Playing at home this weekend they should be at full force and ready to compete. Traveling as a full squad has not proven to be the strength of the Miners however, they are a scrappy bunch that are willing to go toe to toe with their opponent.
Mobile Miners – 16
Arkansas Sharks – 12

(10) Greater Pensacola Jets (3-1) @ (20) South Mississippi Steelers (1-2),
Mccomb, MS
5:00pm cst.
Jets have been playing really good football early in season. With a revamped offense, they are proving that they can score with the best of them. Steelers will need to be at their best if they expect to pull out the victory.
Greater Pensacola Jets – 29
South Mississippi Steelers – 16

(18) South Alabama Dolphins (1-2) @ (1) Crescent City Kings (3-0),
New Orleans, LA
7:00pm cst.
Always a tough match-up when these two face-off. Kings have proven time and time again that they are the Kings of the league. It’s the Dolphins turn to attempt to dethrone them. With only three games into the season, Dolphins are looking for a way to gel together. Tough weekend to seek to do that and having to make the trip to New Orleans will complicate their task that much more.
Crescent City Kings – 22
South Alabama Dolphins - 16

CO-GAME OF THE WEEK
(12) Alabama Sabers (2-1) @ (5) Columbus Storm (3-1),
Phenix City, AL
7:00pm est.
Eastern Conference game of the week should be a good one. Storm will host the Sabers for their homecoming weekend and will look to continue their dominance in the east. If their defense is to play their game they should be victorious. Sabers however, are no pushover and will be a tough challenge. A well rounded group, they are strong in all three aspects of the game. How the Sabers offense holds up against the consistent pressure of the Storm defense will be the determining factor.
Columbus Storm – 16
Alabama Sabers – 12

(7) Crescent City Rampage (4-0) @ (4) Bayou Lacombe Cardinals (4-0),
Mandeville, LA
7:00pm cst.
This one should be interesting! Rampage can be considered the most improved team thus far across the league. This week they will face their most fierce competitor to date. Cardinals have played up to par thus far this season and have done exactly what’s expected of them. With the added advantage of playing at home this weekend, they will expect to do more of the same. Rampage will get the chance to prove this weekend that they are for real.
Bayou Lacombe Cardinals – 26
Crescent City Rampage – 17